← more from
Record Kicks
Get fresh music recommendations delivered to your inbox every Friday.
We've updated our Terms of Use. You can review the changes here. 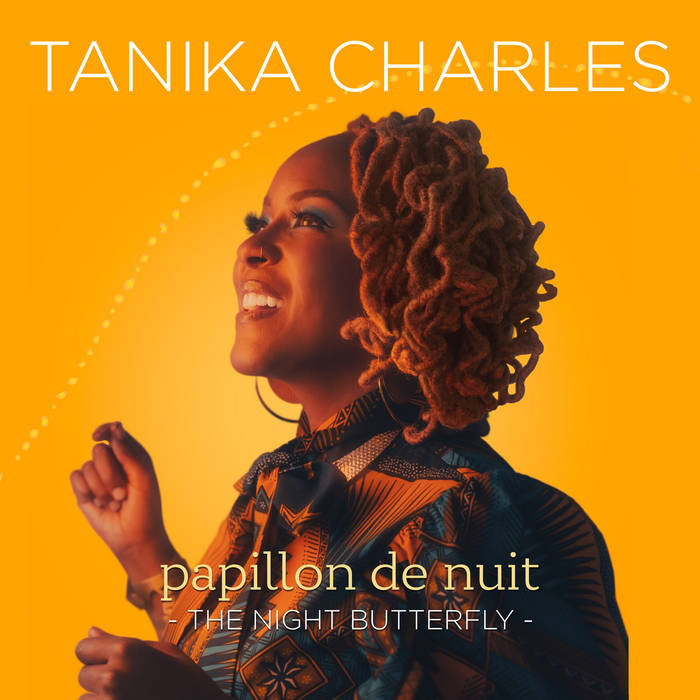 Colin M. It's just so damn good. Smooth soul with plenty of pep in its step. Just great from start to finish. Favorite track: Love Don't Mean a Thing.

"Papillon de Nuit: The Night Butterfly" is the third studio album from Canadian Soul/R&B powerhouse Tanika Charles and is slated to be released worldwide on Milan-based Record Kicks label on April 08th. Composed and recorded while in and out of lockdowns, "Papillon de Nuit" is an album anchored in growth and maturity. The thematic inspiration came from an unlikely source, a creature that soars after the sun sets, but often goes unnoticed until the light shines on it. It is the "papillon de nuit" to some, but drably referred to as a moth by others, revealing a bias in language alone.

"I always thought it was a strange insect. Once while in Paris, a friend swatted at one and I asked: 'Was that a moth?'. I was told: 'No, that's a papillon de nuit.' I thought that was the most beautiful description for this otherwise overlooked creature. When I later learned of the symbolism associated with it, I felt that really spoke to both my own situation and also what we've all been going through." Production on "Papillon de Nuit" was helmed by a mixture of old and new collaborators. The Safe Spaceship Records production team, consisting of Scott McCannell (Lydia Persaud, Claire Davis), Ben MacDonald and Chino de Villa (re.verse, Jessie Reyez), produced four songs on the album. The group also assisted as session musicians for songs produced by newcomer Todd "HiFiLo" Pentney (Allison Au Quartet, JUNO Award winner). "The Gumption" contributor Kevin Henkel ("Tell Me Something", "Look At Us Now") returned with three compositions, and old friend Jesse Bear (Sean Kingston, Stan Walker) contributed to one song.

Following the success of "Soul Run" (2016/17) and "The Gumption" (2019), Tanika had found a comfortable pace of releasing albums then hitting the road the following year to bring her show to new markets far and wide. So when things changed for all of us, and plans of touring "The Gumption" properly fell through, there was a realization that getting to work on the next project was the healthiest choice to make.

"I was in some dark places. My energy was stagnant and the only reliable constant was this perpetual uncertainty. I had gone from feeling like I was everywhere to only being in one place. From seeing so many new faces, to only my own, in the mirror, everyday and having to face that. Getting back to work on music allowed me to explore these feelings through the format I know best. And I wanted to make sure that when things were ready to resume, I'd be ready with something new for my audience too."


"I think this album represents my best work to date. And yet, it also represents me coming to terms with who I am as an artist. For the first time I think I've actually accepted my own voice. I can hear beyond the imperfections, and I realized that when paired with the right music, it can sound pretty good. I still have my doubts and my dark places, but a little less of them."

Twice JUNO-nominated and two-time Polaris Prize listed, Toronto's soul songstress Tanika Charles has revealed herself to be one of the best kept secrets in soul music.

Bandcamp Daily  your guide to the world of Bandcamp